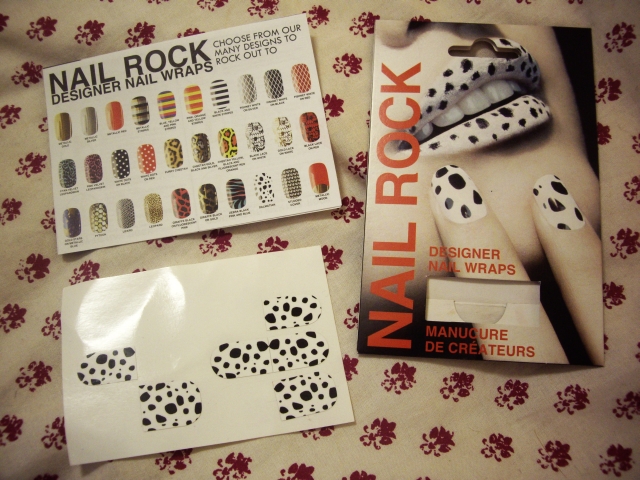 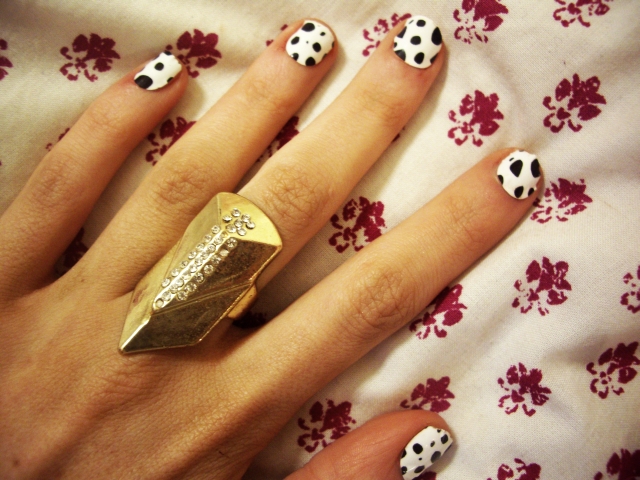 A very random purchase of mine recently were these Nail Rock Nail Wraps. I have awful nails, I bite them and I also don’t have the most ladylike hands, but I spontaneously bought these to see if they were any good. Currently, there’s a hype with the idea of nail wraps instead of using nail varnish, with celebrities wearing them and nearly all high street shops selling them. 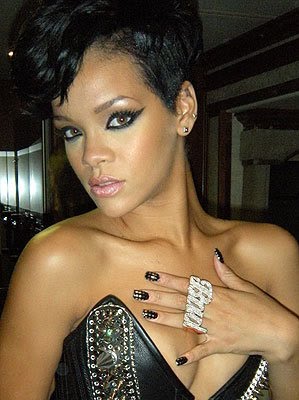 I got the Dalmatian manicure from missguided.co.uk for £6.65. At first, this seemed expensive to me, as you only get one strip of nails with 16 wraps altogether. However, the product claims to last up to 7 days on fingernails and 8 weeks on toes, which is longer than nail varnish lasts on mine, usually being only a couple of days. So, I thought I’d give them a try.

I’ve only applied the wraps today, so unfortunately I can’t say how long they’ve lasted yet. But I can give my opinion on the application process.

Peeling the wraps off and sticking them to the nails is simple. The tricky part is cutting them down so that they are the right length for your nails. As I cut mine, I found that they weren’t sticking properly to the tips, so I had to keep applying pressure with my thumb over my nails to get them to stick down.

My nail wraps feel quite jagged as I’ve lost my nail file, which the instructions tell you to use to smooth off the edges. I’m going to buy a new one as right now, my nails feel quite sharp.

Overall, I love the look of them at the moment. If they last as long as they claim to, I’ll definitely buy them in other designs. However, they’re not going to stop me from wearing nail varnish. Close up, I can see the wraps don’t look as nice as nail varnish does. It’s hard to explain with what I mean by ‘nice’, but you can clearly see that they’re ‘wraps’. They give a good shine in the light just like nail varnish, but the sides of the wraps look like they’ll peel off quite soon.

I’ll update this post after I’ve had the wraps on for a few days, with a picture included.

This links to where I purchased mine –

So, this is what my nails look like after 5 days – 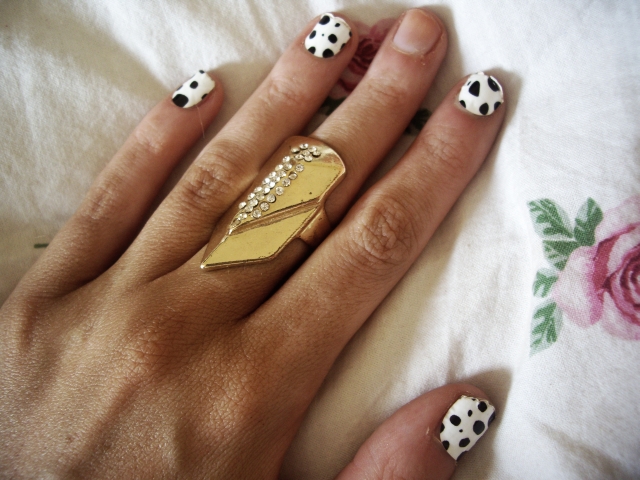 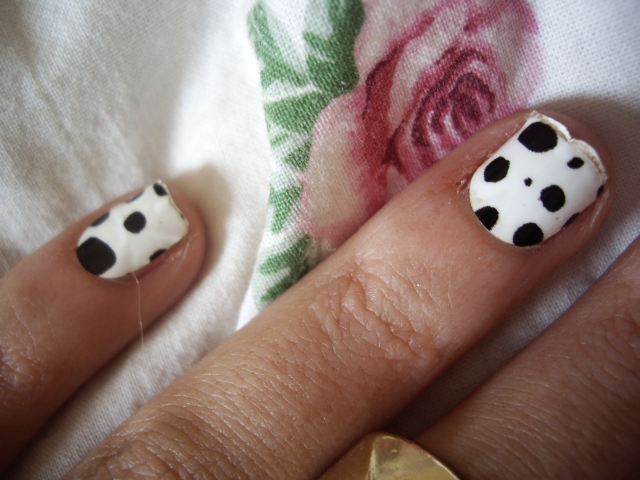 As you can see, one of the wraps has completely come off, the others starting to. The tips of the nails have also ripped and started to wear off; I think using a nail file on a constant basis should help this problem, which is something I didn’t do!

I think I’ll still buy nail wraps, as the experience hasn’t put me off, but only every so often as I think they’re quite expensive for how long they actually last.